Halal, literally meaning lawful or licit in Arabic, functions as a constitutive element of Islamic law.  Halal foods are foods that are allowed under Islamic dietary guidelines. According to these guidelines gathered from the Qu’ran, Muslim followers cannot consume the following:

These prohibited foods and ingredients are called haram, meaning forbidden in Arabic. 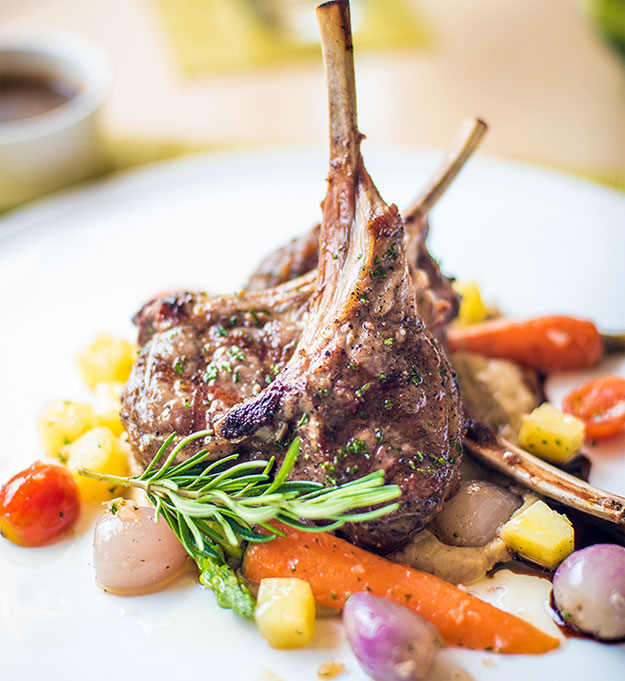 What is halal meat?

In the meat and poultry food industry, animals such as cows, veal, lamb, sheep, goats, turkeys, chickens, ducks, game birds, bison, venison, etc, are considered halal, but they must be prepared according to Islamic laws in order for their meat to be suitable for consumption (see below);

Fish and seafood (with the exception of crocodiles, alligators and frogs) are generally acceptable for Muslims but as always check first, as there may be a personal dietary preference or allergy. The preparation of the fish or seafood should not include alcohol (ie batter or wine, or anything considered haram).

In cases of necessity, prohibited things may become permissible (halal) for the duration of the emergency or need, as Islam puts a priority on life over death. Refer to Qur’an at Chapter 2:173 (Al Baqarah).

Halal products are derived from animals and/or poultry that have been prepared according to Islamic law under the following statement, “In the name of God – God is the Greatest/Bismillahi Allahu Akbar”.

For a meat to be certified “Halal,” stunning cannot be used to kill an animal, according to the Halal Food Authority (HFA), a non-profit organisation that monitors adherence to halal principles. But it can be used if the animal survives and is then killed by halal methods, the HFA adds. Halal products and production are properly separated and clearly identified from non-halal products.

The slaughter of a halal animal is called “zabihah” and there are certain guidelines to follow: